Keeping up with years-long tradition of supporting Dubrovnik Summer Festival, OTP banka donated HRK 180,000 for this summer's last premiere of the play “Lion Head”, based on the novel by author Ivan Salečić.

On the occasion of the premiere, Josipa Vodenac, Director of the OTP Bank Business Centre Dubrovnik and Southern Dalmatia presented a cheque to a the Festival’s Creative Director Dora Ruždjak Podolski, adding: „It is a great privilege to OTP banka to be the traditional sponsor of the Dubrovnik Summer Festival, which has been rightfully credited with development and recognisability of both Dubrovnik and Croatian culture. By traditional, I mean a period just under three decades long. We are looking forward to supporting a work that speaks of modern Dubrovnik, as well as of Dubrovnik in the past, with focus on the Gundulić family. I believe in the years to come we will continue being part of the Dubrovnik Summer Festival“.

The premiere of the play „Lion Head“, with Marijana Fumić as the dramaturge, directed by Aida Bukvić, and performances of the Festival theatre company will take place on Friday, 20 August on the playground below Minčeta Fort, whereas four additional performances are scheduled for 21, 22, 23, and 24 August on the same location.

Known for its everlasting ties to Dubrovnik area, OTP banka has been supporting premieres of the Dubrovnik Summer Festival for many years. “Priča o vojaku”, “Grižula”, “Ondine” and “Orestija” “Arkulin”, “Skup”, “Na taraci“, “Revizor”, “Kate Kapuralica”, “Dundo Maroje”, “Dubrovačka trilogija”, “Kafetarija”, “Držić – Viktorija od neprijatelja”, and “Pod balkonima” are but few of the numerous plays that add to the repertoire of the Dubrovnik Summer Festival. 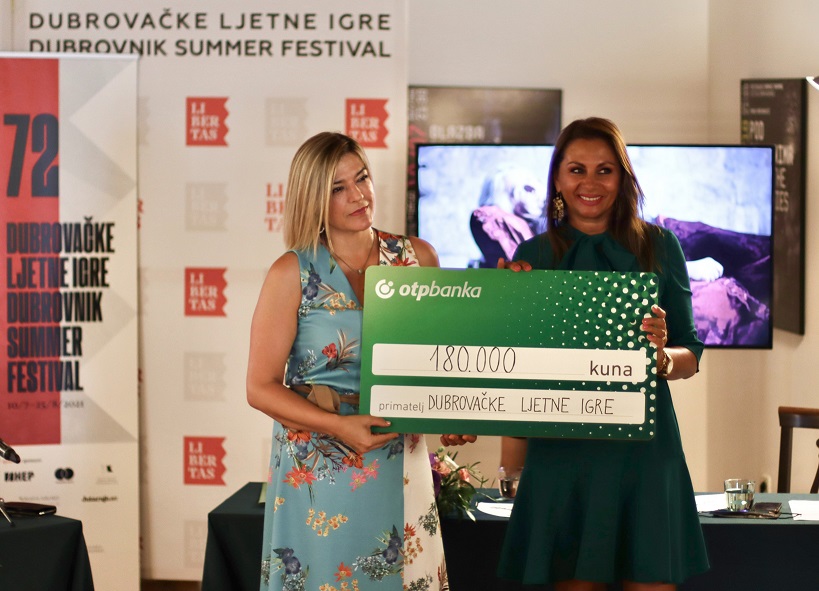