By signing a new contract with the Croatian National Theatre in Split at the press conference announcing the opening of the Split Summer Festival, OTP banka confirmed a partnership that has been going on for over three decades.

The contract was signed by the member of the Board Mr Zvonimir Akrap on behalf of OTP banka and manager of the Croatian National Theatre in Split Mr Srećko Šestan.

"It is our pleasure to continue more than three-decade-long partnership between the Split theatre and OTP banka. Tradition and partnership are some of our values, and in this way,  we once again prove our connection with the city of Split, and with all important events in the city of Split. It is our honour to associate the name of our bank with the "Split Theatre", which was and remains the centre of culture in Split and with the most significant cultural event of this summer - the Split Summer Festival. I also congratulate Split Summer Festival on its 68th birthday, and when we see the program for this summer, I am even more proud that OTP banka is helping to keep the tradition of this event, and I am convinced that all our clients, especially the citizens of Split share my opinion. I am sure that we will all enjoy this Split Summer Festival, as well as the next theatre season, and OTP banka will be with you all the way," said Zvonimir Akrap, member of the Board of OTP banka, at the signing of the contract.

Srećko Šestan, manager of the Croatian National Theatre in Split and of the Split Summer Festival, expressed his satisfaction with the continuation of successful cooperation: "It is not an empty phrase to say that such an ambitious program of the Split Summer Festival, and that of the upcoming theatre season, could not be realized without cooperation with OTP banka. In increasingly difficult financial circumstances, the significance of this cooperation is even more great, and for that reason I express my gratitude to the management of OTP banka not only on behalf of theatre artists and employees, but also on behalf of all citizens of Split. The task before us, the artists and organizers of the Festival, is to justify the trust that the Bank has been showing us for 33 years and to realize the program at the highest artistic level." 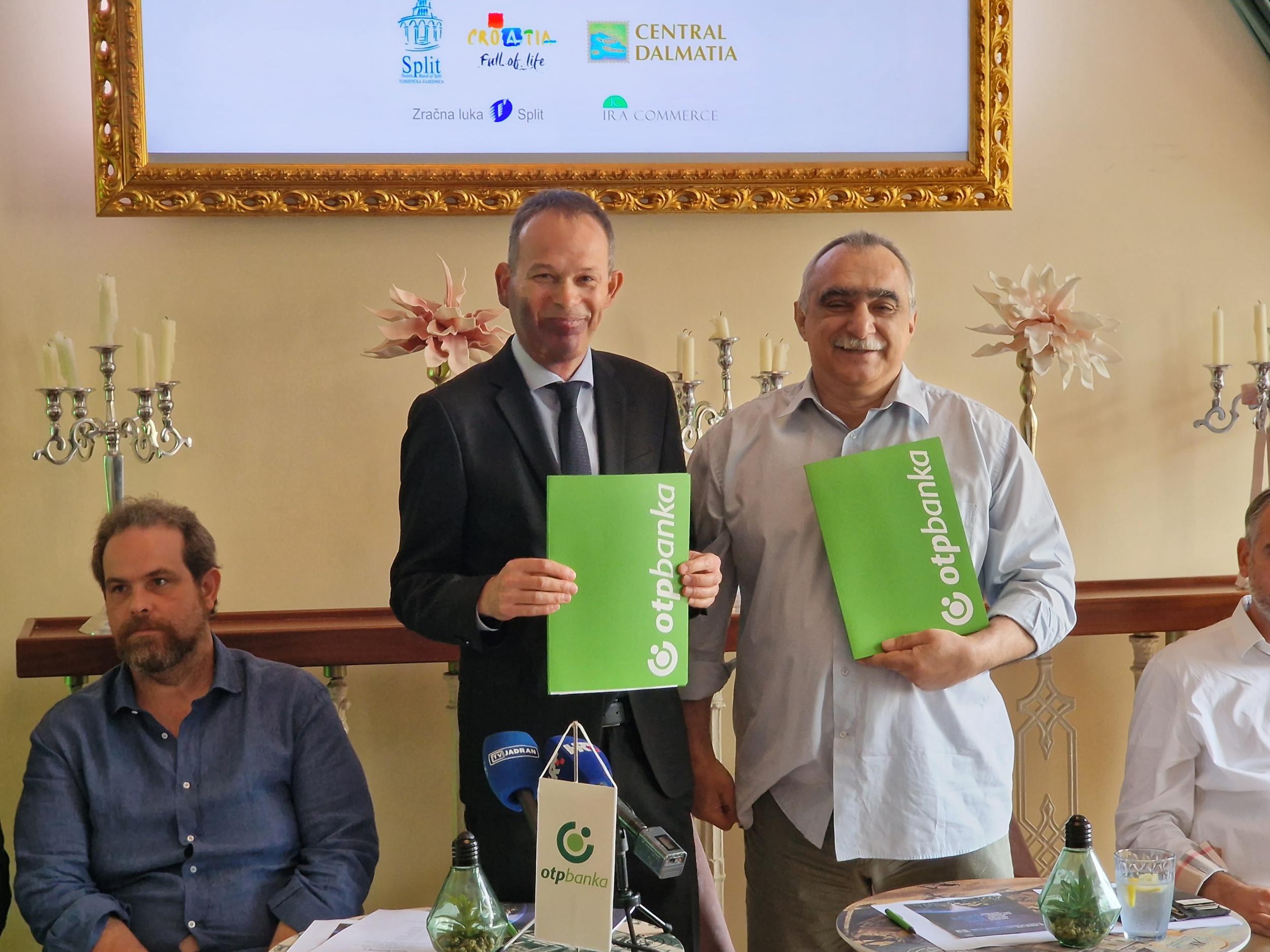